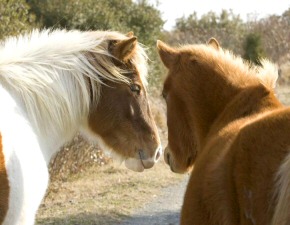 It Takes Two Horses to Make a Horse. Does it Take Two Citizens to Make a Natural Born Citizen?

The point is to claim that if (like our current President) you were not born to two US citizen parents, then you’re not Constitutionally eligible to be President.

“It takes two horses to make a baby horse. This is the law of nature. Therefore, it must take two citizens to make a ‘natural born citizen.'”

One example of such reasoning can be found here.

And part of this claim, in fact, is TRUE. The Constitutional phrase “natural born citizen” contains the word “natural” because it does come from an understanding of “natural law.”

It’s just not the understanding of natural law that these folks are promoting.

In order to understand the natural law origin of the term “natural born,” we have to look at what that term historically meant — and why.

The United States of America was born from thirteen English colonies. Every single one of these Colonies achieved its independence from England. We thus inherited the English language, as opposed to some other language, and with it most of our legal terminology.

The words “natural born” are in our Constitution because the term “natural born citizen” derives directly and absolutely from an almost identical English legal term — “natural born subject.”

“Birther” lawyer Mario Apuzzo, however, claims that we got the concept of “natural born citizen,” instead, from a Swiss philosopher — Emer de Vattel — and from the body of international law prevalent at the time of our country’s founding, called “the Law of Nations.”

But in spite of Mr. Apuzzo’s claims, there is no real evidence whatsoever to suggest that this is the case. It’s clear, for example, that neither Vattel nor any other major writer on the Law of Nations EVER defined the term “natural born citizen” — or even USED the term… even one single time.

And the phrase “natural born” is a very specific idiom. Those words don’t just occur together at random. It is a very characteristic legal term of art.

Legally speaking, that exact term of art — “natural born” — was only ever used in ONE sense prior to its appearance in our Constitution — and that is the sense of the English common law. This was the body of law that had been created, over centuries, by English judicial decisions and precedents.

For at least 180 years before the writing of our Constitution, in fact, the term “natural born subject” had been commonly first in English law, then in American law.

Now Mario Apuzzo makes a big deal of the fact that the English didn’t use the exact phrase “natural born citizen.” But to the English, nobody, legally speaking, was called a “citizen.” England was a monarchy. So every single person in the Kingdom — except for the King or Queen, who was the “Sovereign” — was called a “subject.”

We, of course, didn’t like the word “subject,” and all that it implied, so we changed the word to “citizen.”

And along the way, “natural born subject” became “natural born citizen.” Not that it was that big a deal. For at least a little while in America, some people continued to use the older terminology.

In fact, for a while, the two terms were used interchangeably in the law in at least one of the early United States.

The term was never, EVER used in connection with Emer de Vattel’s concept of citizenship, until 10 years after the Constitution was written.

At that time — in 1797 — an anonymous translator in London published a new British translation of Vattel’s work, in which he translated the word “indigenes” (which implies “indigenous people”) using the phrase “natural born citizens.”

At one point, Mario Apuzzo claimed that this British translator must have used the phrase because he understood that the (American!) Founding Fathers meant Vattel’s concept when they wrote the words “natural born citizen” in our Presidential eligibility clause, and was representing the meaning of the American Founding Fathers in this translation of Vattel.

This seems to be a fairly good example of “birther” dedication to making the facts fit the theory.

The Natural Law Origin of the Term “Natural Born” 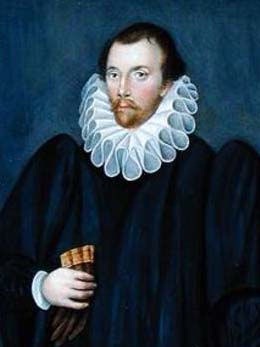 The term “natural born” dates from — at the very least — the year 1607 and the English legal case called “Calvin’s Case.”

This was heard the same year that the English established their very first lasting colony in the New World — Jamestown. So at the time, there was only one single tiny, struggling European settlement in all of what would later become the Thirteen Colonies, and then the United States.

But the term seems to go back even further than that. It is used numerous times in the writeup of Calvin’s Case, and the usage there strongly suggests that it was not a new term at the time.

So at a bare minimum, the term “natural born” is now more than 400 years old. And it had already been in use for close to 200 years before the writing of the Constitution.

It was argued in Calvin’s Case, though, that certain people going as far back as the time of Maud the Empresse were “natural born subjects.” Her time was in the 1100′s. So it’s possible that the term itself might approach 1000 years in age.

And the word “natural” is in “natural born subject” because it WAS a reference to natural law.

Behind The Term Are Concepts that Date Back Two Thousand Years.

England during the Middle Ages was an officially Christian nation. Many ideas on how things should be done in law therefore had their origins in Judeo-Christian thought, from the Bible and from Christian theology.

As one born within the kingdom, he owed a natural allegiance to that kingdom. And in turn, the King was also bound by divine and natural law to his subjects: to provide justice, protection, and righteous government.

And the King, or Queen, was responsible to God for his diligence in so doing.

In fact, under James I — the same King James who commissioned the King James Bible — the theory gained currency in Britain that the king answered solely to God, and not to any earthly authorities. This theory of “divine right” did not wear particularly well, however. James’ son Charles was tried and executed for treason (all the while protesting his “divine right”), and the doctrine was fully and officially abandoned with the overthrow of James’ grandson, King James II.

So much for “divine right.”

But while “divine right” didn’t last, there was never any doubt about the basic principle that God had set up laws of nature, in which one had a natural relationship to the Kingdom under which one was born.

This philosophy of natural law behind the term “natural born subject” (and “natural born citizen”) has clear roots in Paul’s Epistle to the Romans, Chapter 13. This passage was actually quoted by Lord Coke in Calvin’s Case. And Calvin’s Case has served as a foundational precedent for citizenship law in England — and in America — ever since. 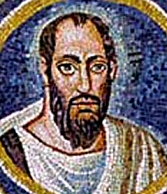 Some of the Meaning of "Natural Born Citizen" Has Roots in "Natural Law" Ultimately Derived From the Writings of St. Paul.

Calvin’s Case was heard by all of the Justices of England together, while Sir Edward Coke was Chief Justice of Common Pleas. Here are a few of Lord Coke’s comments — and yes, this is from a court case decided by what might be called the English “Supreme Court”:

The Law of Nature is that which God at the time of creation of the nature of man infused into his heart, for his preservation and direction; and this is lex aeterna [eternal law], the Moral Law, called also the Law of Nature…

And the Apostle saith, Omnis anima potestatibus sublimioribus subdita sit [Every soul is subject to more sublime powers]. And these be the words of the great Divine, Hoc Deus in Sacris Scripturis jubet, hoc lex naturae dictari, ut quilibet subditus obediat superio. [Here God in the Holy Scriptures wills it to be laid down as the law of nature that every subject should obey the sovereign…]

By this Law of Nature is the Faith, Ligeance, and Obedience of the Subject due to his Sovereign or Superiour…

This Law of Nature, which indeed is the eternal Law of the Creator, infused into the heart of the creature at the time of his creation, was two thousand years before any Laws written, and before any Judicial or Municipal Laws…

By all which it evidently appeareth, that they that are born under the obedience, power, faith, ligealty, or ligeance of the King, are natural subjects, and no aliens.

Lord Coke and the Justices of England therefore regarded earthly Kingdoms as divinely ordained and earthly Kings as deriving their power of the Laws of Nature and Divine Law. Therefore, anyone born within a particular Kingdom was naturally subject to that Kingdom and its King. The idea is derived from the writing of St Paul in the book of Romans (which is quoted above by Sir Coke):

Let every soul be subject unto the higher powers. For there is no power but of God: the powers that be are ordained of God. — Romans 13:1, King James Version (1611)

Sir Coke (who was later quoted in the landmark 1898 US citizenship case of US v Wong Kim Ark) also noted, in the same case, that any alien present in England under the permission of the King had an allegiance which, although temporary, was strong enough that if he had a child in the country, that child was a natural born subject:

“…which local obedience, being but momentary and incertain, is strong enough to make a natural subject; for if he hath issue [that is, a child] here, that issue is a natural born subject.”

This precedent of the English common law as to what made a “natural born subject” was carried over into the English Colonies in America, and was never changed, but continued to apply here. While the theological underpinning may have faded somewhat, the precedent did not. And when we changed “subject” to “citizen,” that precedent and that meaning became part of our definition of “natural born citizen.”

And that is why mere birth on US soil, without regard to the citizenship of a person’s parents — except for the centuries-long exceptions of children of ambassadors, foreign royalty, and invading armies — is by itself sufficient to make a child a “natural born citizen” of the United States.

It’s “natural law” ultimately derived — if we trace it back far enough — from the Biblical principles that God has established governments and that people ought to obey legitimate authorities; and from the idea following from that, that it is natural for a person to be a member of the realm in which he or she was born.

9 Responses to Natural Law, Calvin’s Case and the Meaning of “Natural Born Citizen”