Early Use of the Term “Natural Born Citizen” 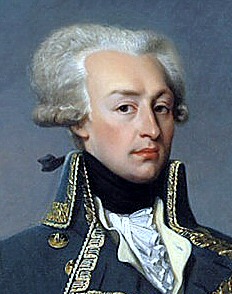 The State of Maryland and the Marquis de Lafayette Are Associated With One of the Earliest American -- and Legal -- Uses of "Natural Born Citizen."

“Birther” lawyer Mario Apuzzo states that “the ‘natural born Citizen’ clause as applies to republics is a word of art, an idiom, and therefore has a very specific meaning which comes down through the ages.”

And he maintains that this specific meaning is substantially different from the extremely similar “term of art” natural born subject— which does, in fact, have a known and centuries-long history and specific meaning.

But, as always, there are significant problems with Mr. Apuzzo’s claim.

One obvious problem is that early American state legislatures — with a few exceptions which we will shortly see — only began using the term “natural born citizen” after it appeared in our United States Constitution in September of 1787.

And nobody seems to have ever noted any particular distinction between the two, either — except that we were no longer “subjects” to a king, but “citizens” of a free nation.

“A Very Specific Meaning Which Comes Down Through the Ages” Equals… Nine Known Occurrences?!??

A second major problem is that prior to its use in the Constitution, there are only a handful of known examples of the exact phrase “natural born citizen” — in law, or in any place else.

For this reason, Mr. Apuzzo’s claim that the term was defined by the Law of Nations is now clearly shown to be false.

The Known Occurrences of “Natural Born Citizen” Before the Term Appeared in Our Constitution Are So Few, We Can Actually List Them. 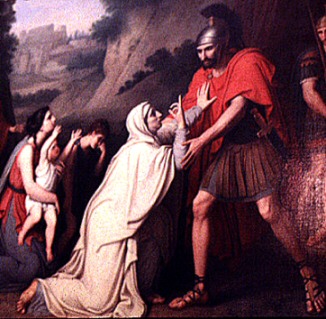 1) The term appears in 1720, in London, in A proposal for printing in English, the select orations of Marcus Tullius Cicero. This quotes Cicero as having stated that the Smyrneans claim Homer (the famous Poet) to be their “natural born citizen.”

2) The term also appears in 1758, in The Roman Antiquities of Dionysius Halicarnassensis, as translated into English by Edward Spelman.

In this story, a woman named Veturia pleads with her son Marcius not to lead the Volscians in an attack against his home town of Rome, but to broker peace instead. She fears that Marcius won’t take her advice, because it would make him look ungrateful to the Volscians, who had given him “all the advantages, which their natural born citizens are intitled to.”

3) Then, in 1774, a translation by J. Patsall was published of Quintlian’s Institutes of the Orator. This was an ancient Roman manual on how to be a public speaker.

In that book, Quintilian advises his pupils, “Therefore, If possible, every word, and the very tone of voice, should bespeak the natural born citizen of Rome, that the language may be purely Roman, and not so by a right different from birth and education.”

The advice was simple, and sound: If you want to go to Rome and impress the crowds, don’t go sounding like a foreigner, or a hick from the sticks. Learn to speak in public using a standard accent and intonation.

Quintillian, of course, was not writing a legal treatise. He was writing a manual on how to be a successful public speaker.

Now to claim that because one particular Englishman translated Quintillian’s public-speaking advice by telling pupils to speak like a “natural born citizen” — a different translator used the word “native” — that the Founding Fathers of the United States, over in America, read that translation, interpreted the phrase “natural born citizen” as “born in a country of two citizen parents” (which it doesn’t say), and then used that to define a key term is the American Constitution is simply — to use the technical term for it — cuckoo.

And yet, Mr. Apuzzo actually implies (in his 199-page legal brief, filed in Kerchner v Obama) that this is what happened.

All three of the translations above were done in London, by Englishmen.

So why didn’t they use the term “natural born subject?” “Subject” implies an obligation of allegiance to the King. And they knew that in Rome, people weren’t called “subjects.” They were called “citizens.”

So the British translators of these three works simply changed the word “subject” in “natural born subject” to “citizen” — just as we did, years later, for the “natural born citizen” clause of the Constitution.

None of these three brief mentions of the phrase “natural born citizen” — and all of them consist of one use only — occurred in any legal document or even in any philosophical treatise on government or on law.

“And for the more certain preservation of friendship and mutual intercourse between the people of the different States in this Union, the Citizens of every State, going to reside in another State, Shall be entitled to all the rights and privileges of the natural born free Citizens of the State to which they go to reside.”

The phrase “natural born” was dropped from the final draft.

There are two interesting things to note here. The first is the phrase used: “natural born free Citizens” rather than “natural born citizens.” This suggests that our modern term of art “natural born citizen” had not yet quite taken shape. The Founding Fathers knew they didn’t like the word “subject,” but don’t seem to have quite settled yet on the exact wording that would replace “natural born subject.”

All of this suggests that most of the “term of art” is in the adjective phrase — “natural born” — which can equally be applied to “people,” “subjects,” “free citizens,” or “citizens.”

[Credit for this addition goes to gorefan.]

5) By the fall of 1784, word began spreading across the American countryside that all sides had ratified the Treaty of Paris, bringing an end to the Revolutionary War.

A new nation was officially born.

In December, the grateful citizens of Maryland passed a law expressing their appreciation to the Marquis de Lafayette. This French nobleman and military man had come to our shores, served as a general under George Washington, been wounded, acted as a hero, and even returned to France in the middle of the war to drum up additional French support.

“Be it enacted by the General Assembly of Maryland — that the Marquiss de la Lafayette and his Heirs male forever shall be and they and each of them are hereby deemed adjudged and taken to be natural born Citizens of this State and shall henceforth be intitled to all the Immunities, Rights and Privileges of natural born Citizens thereof…”

“The Briton’s alien’s duty is a very burdensome thing, and they may carry it hereafter as far upon tobacco, rice, indigo, and twenty other things, as they now do upon oil. To obviate this, I think of substituting the words ‘natural born citizens of the United States,’ and ‘natural born subjects of Great Britain,/ instead of ‘the most favored nation.'”

This strongly suggests that our Founding Father John Adams understood it to have exactly the same meaning — except, of course, for the distinction of freedom between “subject” and “citizen.”

[Credit for this addition goes to ballantine.]

In February of 1785, the Massachusetts legislature passed “An Act for Naturalizing Nicholas Rousselet and George Smith.”

This act decreed that the aforementioned persons should be “deemed, adjudged and taken to be citizens of this Commonwealth, and entitled to all the liberties, rights and privileges of natural born citizens.”

In Februrary of the next year, it was “An Act for Naturalizing Michael Walsh.”

This Act naturalized an immigrant by the name of (not suprisingly) Michael Walsh, and provided (again) that he should be “deemed, adjudged and taken to be a citizen of this Commonwealth, and entitled to all the liberties, rights and privileges of a natural born citizen.”

Finally, in July of 1786, the legislature passed a similar “Act for Naturalizing Jonathon Curson and William Oliver.”

Examples 4 through 9 represent the only American usages, and the only legal usages of the term “natural born citizen,” that I’ve been able to locate, prior to the adoption of the Presidential eligibility clause.

Were there others? Most likely. But if there are, they seem to be buried in history; and as far as I can tell, no one has produced them yet.

Now the interesting thing about these pre-Constitutional usages, is that most of them were used absolutely synonymously with the term “natural born subject.”

Actually, the Massachusetts legislature, in fact, is known to have used the two terms interchangeably.

So not only does the known American and legal usage of the term prior to the Constitution fail to support Mr. Apuzzo’s claim — it provides additional evidence that — except for the difference between “subject” and “citizen” — “natural born citizen” meant exactly what “natural born subject” had always meant.

And “natural born subject” had always included — with extremely limited exceptions (children of ambassadors, foreign royalty, invading armies) — all children born in the country, even of non-citizen parents.

This new information thus adds still more substance to the already large mountain of evidence that it does not — and never did — require citizen parents for any child born in the United States to be a “natural born citizen.”

75 Responses to Early Use of the Term “Natural Born Citizen”