“At Common-Law… It Was Never Doubted:”
Minor v Happersett and the American Common Law 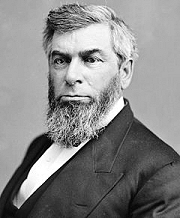 “At common-law, with the nomenclature of which the framers of the Constitution were familiar, it was never doubted that all children born in a country of parents who were its citizens became themselves, upon their birth, citizens also. These were natives or natural-born citizens, as distinguished from aliens or foreigners.”

This blog has previously destroyed many of the most prominent “birther” claims that Barack Obama, Bobby Jindal, and Marco Rubio are ineligible to be President because they do not have two citizen parents.

But let’s take a different, perhaps more charitable tack. Today, instead of looking for evidence to debunk the two-citizen-parent claim, I’d like to look for evidence to support it.

The birthers, and particularly Mario Apuzzo, have really been struggling lately in the face of the devastating facts that illustrate how false their major claims are. It seems only fair that we should try to help them out for a change.

I am even willing to work together with birther attorney Mario Apuzzo on this project.

Mario Apuzzo Says that When the Supreme Court in 1875 Said, “At Common-Law,” They Meant the American Common Law.

Mario Apuzzo has been clear in his claim that when the Supreme Court gave us the quote above, they were referring to American common law, and they EXCLUDED the English common law.

This is really important, because under the English common law — which Alexander Hamilton and other Supreme Courts besides Minor have told us we ought to look to when interpreting the terminology of the Constitution — it was very clear that ANY child born on the soil of the country, whether his parents were citizens or not, was a “natural born subject.” And we know for a fact that the terms “natural born subject” and “natural born citizen” were used interchangeably in the early days of the United States.

Here’s what Mr. Apuzzo has to say:

“Note that the Constitution in Article I, Section 8, Clause 4 gave the power to naturalize exclusively to Congress. This power did not include the power to make ‘natural born Citizens’ who were defined under American common law (the law of nations) as the children born in the country to ‘citizen’ parents.”

Let’s Help Mr. Apuzzo and the Birthers by Documenting the American Common Law that Defined “Natural Born Citizens” as “the Children Born in the Country to ‘Citizen’ Parents.”

Common law, by its definition, is generally law that has been established as a result of judicial decision.

So common law generally consists of:

Common law, generally speaking, doesn’t consist of theories written in books by persons who are not members of a nation’s legal system — unless, of course, those theories and quotes have been taken up by actual judges in the courts of the nation, and been made a part of the law through judicial ruling.

Since the American common law established that “natural born citizen” only meant a child born on US soil to two citizen parents, we therefore ought to look for court cases in America, prior to 1787 when the Constitution was written, in which this legal principle was established.

And we ought to try and list quotes from American judges, prior to 1787, confirming this legal precedent.

Since (as Mario Apuzzo quite rightly notes) “natural born citizen” is a term of art, and since he is very clear on the point that “natural born citizen” must have a very different meaning from “natural born subject,” (which, as we know, always included the children of non-citizen parents) then we should look for the court cases and judicial statements that use that exact term.

And of course, since we need a precedent that applies to the entire United States, we ought to look for court cases and rulings made by United States federal courts (including the Supreme Court) between 1776 and 1787, when the Constitution was written.

So we’re likely to come up a bit skimpy on that count.

Okay then… let’s include every mention of the term of art “natural born citizen” from all State and Colonial courts, dating from the establishment of the first Colony at Jamestown in 1607, right up until the Constitutional Convention adjourned in September of 1787.

So let’s list those court cases and quotes below that establish this American common law definition!

Mario, can you help us with this? You’re the expert!

Our Listing of American Court Decisions Prior to 1787, that Establish the American Common Law Definition of “Natural Born Citizen:”

The Quotes from American Colonial, State and Federal Judges, Prior to 1787, that Make Clear the American Common Law Definition that Being a “Natural Born Citizen” Requires Two Citizen Parents:

Contributions from other researchers are welcome as well. Thanks for supporting the Constitution!

Update: I can’t seem to get any help yet from Mario Apuzzo on this project… although he has been spotted over at his blog crying that John Woodman “does not even know what American ‘common law’ is or where it came from in the early years of the Republic.”

In fact, let’s be generous to Mario here and say we’ll also be happy to list any statutory laws that were passed by any legislative bodies in America prior to the establishment of the Constitution, that specifically and clearly defined the term of art, the exact phrase “natural born citizen” as being “someone born on US soil (or in whichever Colony or State) of two parents who were already citizens,” and that children born of non-citizen parents are thereby excluded from “natural born citizen” status.

If we could even find one example of a law defining “natural born citizen” in that way, then we at least we could suppose there was some obvious basis for Mr. Apuzzo’s claims: a) that American law ever defined “natural born citizen” in that way, and b) that the Supreme Court in Minor v Happersett was referring to some type of such American law in their ruling.

Update 2: Mr. Apuzzo tacitly acknowledges, by completely failing to provide even one single example of any American judicial decision, any statement at all from any American judge, or any American law at all, from any State or Colony prior to the adoption of the Constitution, defining “natural born citizen” as requiring two citizen parents, that he HAS no such examples.

Mr. Apuzzo instead insists that the “American common law” of which he speaks is the “law of nations” incorporated into American law.

That, then, is how we (according to Mr. Apuzzo) got the definition of “natural born citizen” into our Constitution:

And any such definition of “natural born citizen” supposedly supersedes the fact that we changed “subject” to “citizen” and that for hundreds of years, “natural born subject” had always included the children born locally of non-citizen parents.

Surprisingly, the claim is not just dismissible out of hand. Our Founding Fathers did indeed generally believe that we should comply with certain principles of relationships between nations — the “law of nations,” and they were in fact concerned that we do so.

In a future article I intend to address the “law of nations.” For now, it’s enough to note: Mr. Apuzzo has produced, and can produce, no evidence at all to indicate that any past judicial precedent in America, or any American law, established the definition of “natural born citizen” that he claims.

Update 3: I have made some corrections to this article in accordance with Apuzzo’s having pointed out that it doesn’t really address his actual claim. Ironically, correcting an article is something I’ve never seen Mr. Apuzzo do. But I am not here to imitate him (far from it). I am here to write the truth, whichever directions the truth leads.

Apuzzo still has produced absolutely no evidence whatsoever that any American judge or legislature prior to the writing of the Constitution ever defined the term of art “natural born citizen” as “someone born on US soil of two US citizen parents.” We may therefore assume he has none.

We must hunt elsewhere, then for this “American common law.”

Update 4: Two articles looking at whether the definition of “natural born citizen” could possibly have come from American common law originating in the “Law of Nations” have been posted. This series concludes with a summary of the legal evidence.

111 Responses to “At Common-Law… It Was Never Doubted:”
Minor v Happersett and the American Common Law