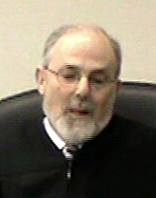 A New Jersey court has ruled against another ballot challenge filed on the basis that it supposedly takes two citizen parents to be a “natural born citizen,” specifically taking birther lawyer Mario Apuzzo to task for making the claim that the common law rule for natural born citizenship did not apply on the national level.

Here are quotes from the ruling by Judge Jeff Masin in the case of Purpura & Moran v Obama:

While there are several decisions that could be cited, the decision issued by the Court of Appeals of Indiana in 2009 in Ankeny v. Governor, 916 N.E.2d 678 (Ind. Ct. App. 2009), is representative of the position taken by courts and other agencies who have considered the merits of the issue. As the court therein noted, and as the petitioners here have contended, the thrust of the argument against Obama’s status as natural born is that there is a “clear distinction between being a ‘citizen of the United states’ and a ‘natural born Citizen.’” Id. at 685. The decision notes that the petitioner therein, as here, cites to an eighteenth century treatise by Emmerich de Vattel, “The Law of Nations” and to various early sources for support for their argument that one who is the child of a non-citizen cannot be natural born even if born in the United States. But the Ankeny court, relying upon the decision of the United States Supreme Court in U.S. v. Wong Kim Ark, 169 U.S.649, 18 S. Ct. 456, 42 L. Ed. 890 (1898), rejected that position.

In Wong Kim Ark, Justice Gray wrote at great length about the understanding of the term “natural born” and its common law meaning, probing English authorities and concluding that [by] the “law of England for the last three centuries, beginning before the settlement of this country, and continuing to the present day, . . . every child born in England of alien parents was a natural-born subject, unless the child of an ambassador or other diplomatic agent of a foreign state, or of an alien enemy in hostile occupation of the place where the child was born. The same rule was in force in all the English colonies upon this continent down to the time of the Declaration of Independence, and in the United States afterwards, and continued to prevail under the constitution as originally established. ”This position as to the common law meaning is in accord with Justice Joseph Story’s statement, concurring in Inglis v. Trustees of Sailors’ Snug Harbor, 28 U.S. (3 Pet.) 99,7 L. Ed. 617 (1830), “Nothing is better settled at the common law than the doctrine that the children, even of aliens, born in a country, while the parents reside there under the protection of the government, and owing a temporary allegiance thereto, are subjects by birth.” See Wong Kim Ark, 160 U.S. at 660, 18 S. Ct. at 461. In Wong Kim Ark, the Court also cited Justice Swayne’s comment in United States v. Rhodes, 1 Abbott 26,40, 41 (1860).

We find no warrant for the opinion that this great principle of the common law has ever been changed in the United States. It has always obtained here with the same vigor, and subject only to the same exceptions [children of ambassadors, etc.], since as before the Revolution.

[T]he Wong Kim Ark ruling certainly goes very far in defining the term [‘natural born citizen’] and its meaning in this country. And the decision does not suggest that the common law rule identified therein only applied at the state level and not on a national basis, as counsel here claims.

The petitioners’ legal position on this issue, however well intentioned, has no merit in law. Thus, accepting for the point of this issue that Mr.Obama was born in Hawaii, he is a “natural born Citizen” regardless of the status of his father.

Based upon the above I CONCLUDE that the petitioners have failed to meet their burden to establish that Barak Obama failed in any obligation to prove to the Secretary of State that he is qualified to hold the Presidency[,] and that he is a “natural born Citizen” of the United States of America, as required by the United States Constitution. The petitions challenging his petitions are DISMISSED.

Not surprisingly, it didn’t take long for a “birther” to label Judge Masin a “traitor.”

One starts to get the feeling it must be a bummer to live in a world with so few “patriots” and so very many “traitors.”

This entry was posted in Natural Born Citizen, What's Happening. Bookmark the permalink.