Some Questions for Mario Apuzzo on Natural Born Citizenship 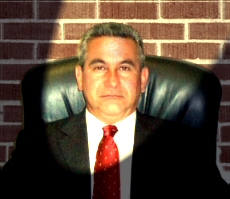 In This Article, We Put Mario Apuzzo and His Dubious Constitutional Claims on the Hot Seat

Recently, Mario Apuzzo, the main proponent of the claim that “natural born citizen” means “someone born on US soil of two citizen parents” — has participated in some debate here regarding Swiss philosopher Emer de Vattel’s influence (or lack thereof) on the meaning of “natural born citizen.”

For about 3 years, Mr. Apuzzo has been very determinedly claiming that anyone who does not have two US citizen parents at the time of his or her birth is ineligible to run for or serve as President or Vice-President of the United States.

Apuzzo has been “spreading the word” that our current President is Constitutionally ineligible — and so are some potential conservative candidates for President or Vice-President, including Bobby Jindal and Marco Rubio.

Mr. Apuzzo’s claims are impressive in their volume, their detail, and their seeming plausibility. Because of this, quite a few people in America have listened to his claims, and quite a few other people have passed them on to others.

Entire organizations — such as an “Article II SuperPAC” — have been formed to ensure that candidates meet these “Constitutional qualifications.” There are some folks pushing for our legislatures to pass laws making sure candidates are born with citizens for parents. And literally dozens of lawsuits have been filed in our courts challenging our current President’s eligibility on Constitutional grounds.

Yet, when one starts to closely examine the claims of Mr. Apuzzo, and similar claims made by others, one quickly begins to run into problems.

This has brought to mind a list of questions that we might ask Mr. Apuzzo. I am, of course, inviting Mr. Apuzzo to answer these questions in the comments here.

Many of these questions have to do with the nuts and bolts of the major claims made by Mr. Apuzzo and other “birthers.” Those who are newer to the issue and would like an overview — including conclusions reached regarding the “birther” claims — may like to refer to this article.

By the way, these are not new issues. They’ve been out there for a while. There’s already been extensive discussion of almost all aspects of Apuzzo’s major claims. But in spite of having deficiencies (and frankly, falsehood) of many of these claims pointed out by many people, Mr. Apuzzo continues to widely promote them. This fact has led to bringing a number of fairly pointed questions together in a single place, so as to help illustrate the fact that these claims of two-citizen-parent birtherism do not accurately represent our Constitution or our laws.

The Questions for Mario Apuzzo

1) Mr. Apuzzo: Why do you claim that THREE SHORT SENTENCES in the Supreme Court case of Minor v Happersett established “binding precedent” on a topic (the citizenship of children with non-citizen parents) that was not by any stretch of the imagination the actual question before the Court?

And is it normal for a lawyer to claim that three sentences on a topic that is not a part of the question before the court constitutes “binding precedent?”

2) Why do you claim that three sentences on a topic (see above) that was not by any stretch of the imagination the actual question before the Court, in which there was ZERO discussion, ZERO research, and ZERO presentation of any actual authorities or references, is “binding precedent,” or anything other than pure obiter dicta — side comments — when in fact it clearly is nothing but side comment?

3) Why do you claim that Minor v Happersett gave a “definition” of “natural born citizen” — when there was clearly no reason for them to do so in that case, no expressed intention in that paragraph to do any such thing, and they themselves said regarding the status of children born on US soil to non-citizens, “For the purposes of this case it is not necessary to solve these doubts?”

4) Why did you make the following transparently false statement on my blog?

“Third, the Founders and Framers, in using the ‘natural born Citizen,’ clause for presidential eligibility, could not have intended that the clause would have had more than one definition. Minor gave us that only one definition and said that there were no doubts about that definition.“

6) Why do you refuse to acknowledge that the Supreme Court in US v Wong Kim Ark found that the child born on US soil of parents was “natural born” — when the Court clearly stated that “every citizen or subject of another country, while domiciled here” has an allegiance that is “strong enough to make a natural subject, for if he hath issue [that is, a child] here, that issue is a natural-born subject?”

And why do you refuse to acknowledge that Wong Kim Ark clearly and absolutely fit those circumstances, and therefore was found — as an “irresistible” “conclusion” (in the words of the Court) to be a “natural born subject” (or if you prefer, a “natural born citizen” — whichever term you choose to use) as well as “a citizen?”

7) Why do you refuse to acknowledge the plain words of the Court in US v Wong Kim Ark, when they stated that the “SAME RULE” had always applied, first in England, then in the English Colonies, then in the United States after independence and after the adoption of the Constitution, and that that RULE was that “every child born in England [and later, the Colonies and the United States,] of alien parents was a natural-born subject unless the child of an ambassador or other diplomatic agent of a foreign State or of an alien enemy in hostile occupation of the place where the child was born?”

8.) Why do you claim that the Framers of the Constitution meant Vattel’s idea of citizenship,

9) If the Framers of the Constitution were referring to Vattel’s concept, then why didn’t they use Vattel’s terminology — and state that the President had to be “a natural,” or “an indigene?”

10) And finally, if they didn’t rely on our ENGLISH heritage and the common law for the meaning of “natural born citizen,” then why would they ever choose to use a specific legal term which was found in the common law and no place else?