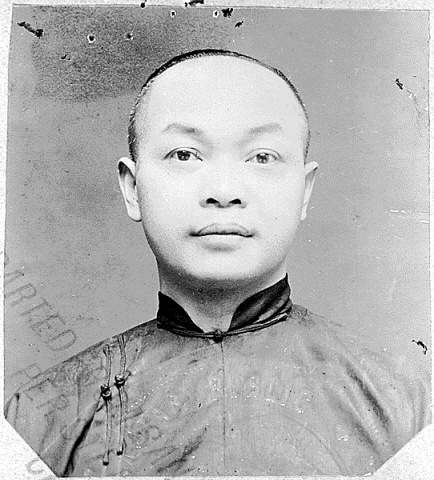 Okay, this is in the “Well… I told you so” category.

Recently, I have (briefly, at least) debated the meaning of “natural born citizen” with New Jersey birther attorney Mario Apuzzo.

Mr. Apuzzo is one of the “leading lights” of the birther movement, on the side that claims that birth on US soil plus two citizen parents is required in order to make a natural born citizen.

This novel claim goes directly against the understanding of… well, pretty much everybody… that if you’re born a citizen, then you’re a natural born citizen.

Mr. Apuzzo claims that the Supreme Court, in the case of Minor v. Happersett (1875), established a “binding precedent” and a “definition” that a natural born citizen means what he says it means, and not what the rest of us have always understood.

Apuzzo also says that the Supreme Court, in the 1898 case of US v Wong Kim Ark, “only” found Wong Kim Ark to be “a citizen,” and NOT a “natural born citizen.”

Okay… Except that’s not at all what these cases say.

Minor v. Happersett clearly did not establish any such “binding precedent” or “definition” of “natural born citizen.” It is a very bad example of lawyerly word-twisting to claim that it did.

Now if the Court had given such a “definition,” it still would’ve merely been non-binding dicta, or side commentary — as any such determination was clearly non-essential to the matter they were deciding. Such reasoning might have been convincing to a later Court — or it might not have been.

But the fact is, they simply didn’t create any such “definition” of “natural born citizen” — in spite of Apuzzo’s (and Leo Donofrio’s) elaborate twisting of their words to try and make it sound as if they did.

And even if they had — which they didn’t — it would’ve been overturned 23 years later, in the definitive citizenship case of US v. Wong Kim Ark. In that case, the Supreme Court told us quite clearly, in not one, but in two different ways, that Wong Kim Ark, who was born on US soil of two NON-citizen Chinese parents, wasn’t thereby JUST “a citizen” — he was ALSO “natural born.”

If he was “natural born,” and he was “a citizen,” then it is inescapable that the Court found young Mr. Wong to be a natural born citizen.

The 6 Justices who agreed on the majority opinion (against only 2 dissenters) also discussed the implications of such status for Presidential eligibility. So they in fact found that Wong Kim Ark would be legally eligible to run for President upon meeting the other qualifications — reaching the age of 35, and 14 years’ residence. Mr. Wong, who lived most of his life as a simple Chinese cook in Chinatown, never ran for President, of course. And in the highly racial America of his day Wong almost certainly could not have been elected if he had tried.

But according to the United States Supreme Court, legally speaking, Mr. Wong DID HAVE the legal qualification to eventually run for, and serve as, President of the United States — if the People should have decided that he was the right person for the job.

There’s much deeper we could go into the issue, of course. I haven’t found the time to refute Mr. Apuzzo’s bogus “two citizen parents” claims in the full, absolute detail that I would like to. There is an awful lot of refutation here, here, and here, though.

It would be nice to put ALL of the pieces together in one place. However, for those who don’t mind a bit of digging, the references given above are a good start.

But never mind — a court in the State of Arizona the day before yesterday quite clearly and authoritatively refuted Mr. Apuzzo for me. The court smacked down Apuzzo’s and Donofrio’s claims in no uncertain terms.

Judge Richard Gordon dismissed the ballot-challenge case of Allen v. Arizona Democratic Party. And he did so “with prejudice,” which means “This case has been fully heard and judged on its merits and we’re done with it — don’t attempt to darken my door with this same accusation ever again.”

Note that again: Apuzzo’s claim has been officially tried in a court of law, on its merits, and found to be totally cracked. And the ruling struggled to stretch barely past two pages into three. That is NOT a lot of discussion, which indicates that this was not anything even REMOTELY resembling a “close call.”

The pertinent language in Judge Gordon’s ruling is as follows:

This entry was posted in I Told You So, Natural Born Citizen. Bookmark the permalink.