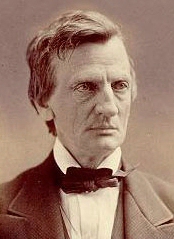 Secretary of State William Evarts Was Clear that US-Born Children of Non-Citizens Had a Right to Be US Citizens -- But After He Left, the State Department Changed Its Tune.

As we’ve seen in the 1856 Presidential election campaign of John Charles Fremont, there never seems to have been any problem in recognizing that persons born in the United States to non-citizen parents were natural born citizens.


By the 1880s, however, the US State Department started to take a more restrictive view toward children of non-citizens who were removed as minors by their parents to other countries.

The policy of the State Department in regard to such people, in fact, seems to have changed at some point between November of 1880 and January of 1885.

In November of 1880, Secretary of State William Evarts wrote to Michael J. Cramer, our Ambassador to Denmark:

This policy, which appears to have been the policy of the United States from the founding of the country, may have been changed under the next Secretary of State, James Blaine, who wrote the following year:

So the policy under Mr. Blaine at least appears to be different. 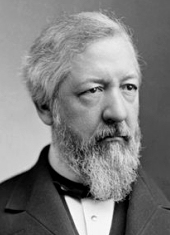 It is interesting to note that Secretary of State Blaine seems not to have been trained as a lawyer. Three times he attempted to study law. It is unclear to me whether he managed any real legal training at all.

It is also not entirely clear whether Blaine’s doctrine actually represents the point at which the policy changed, or whether it is simply that the policy at that time was a complicated one.

It could be that children born on US soil of alien parents were regarded as US citizens for as long as they were in our country, and that if taken abroad during minority they “lost” their citizenship — but still kept the right to reclaim and reassume that citizenship upon reaching their age of majority. 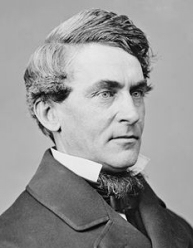 By 1885, under Blaine’s successor, Frederick Frelinghuysen, the right of a US-born child carried abroad to be a US citizen upon reaching adulthood was actively denied.

Freylinghuysen’s policy, in direct conflict with that of Evarts, seems to have been based not only on the policy of his predecessor Blaine, but also on misunderstandings or misinterpretations of the earlier laws providing for naturalization of foreign-born children of a person being naturalized, and of Section 1992 of the United States Revised Statutes — the Civil Rights Act of 1866.

“The first case, of Ludwig Hausding, appears to have been decided according to the law and the facts. It is stated that, having been born in the United States of a Saxon subject, he was removed to his father’s native land, where he has ever since remained, although his father has subsequently become a citizen of the United States. You refused a passport on the ground that the applicant was born of Saxon subjects, temporarily in the United States, and was never ‘dwelling in the United States,’ either at the time of or since his parent’s naturalization, and that he was not, therefore, naturalized by force of the statute, section 2172, Revised Statutes…

Not being naturalized by the force of the statute[s] [which allowed for naturalization of minor children of persons being naturalized, and of the widow and children of an alien who had declared an intention to become a US citizen but who died before completing naturalization], Ludwig Hausding could only assert citizenship on the ground of birth in the United States; but this claim would, if presented, be untenable, for by section 1992, Revised Statutes, it is made a condition of citizenship by birth that the person be not subject to any foreign power.

It goes without saying that nothing changed in the Civil Rights Act of 1866 between November of 1880 and January of 1885. What changed, instead, was the State Department.

Freylinghuysen interpreted the Civil Rights Act as restrictive, when its purpose had been inclusive; as creating new law, when it was understood by its proponents to be merely declaratory of the law as it already existed; and its wording — “not subject to any foreign power” — as meant to exclude US-born children of non-citizens, when — as we’ve seen in the section on the 1866 debates — that was never the intention of any of those who crafted and passed the law.

But Freylinghuysen’s policy seems to have been confused and contradictory. Just two years earlier, in 1883, he wrote, quoting Attorney General Bates from 1862:

So did Freylinghusyen change his mind between 1883 and 1885? Perhaps he believed that earlier Attorney General Bates’ opinion had been correct, but that it had been abrogated by the Civil Rights Act of 1866, and then applied his misinterpretation of that Act to his decision.

Or, it’s possible that Mr. Freylinghuysen used whatever justification he could find in order to implement a restrictive policy in regard to citizenship and the issuance of passports, and ignored those parts of law or opinion which he found on a particular occasion inconvenient. It seems difficult at this point to know, at least without a far more thorough survey of Freylinghuysen’s records and writings than I’m prepared to undertake.

These policies made things more difficult for some children removed to other countries by their parents. Even so, none of the Secretaries of State between 1880 and 1900 (or anybody else during that period, for that matter) ever seems to have contended that a US-resident American-born child of non-citizen parents, who took up his American citizenship, was not a natural born citizen or would be thereby disqualified from serving as President. The example of John Charles Fremont was still relatively fresh. And, as covered elsewhere, the political enemies of Chester A Arthur did in fact claim that he was ineligible — alleging first that he had been born in Ireland, and then that he had been born in Canada — but they seem never to have even thought of the possibility that he might be ineligible by virtue of having had a non-citizen father.

Still, the restrictive State Department policies of the 1880s and 1890s are themselves generally favorable to the birthers’ two-citizen-parent claim. It was the existence of such policy, in fact, that was later emphasized by Breckenridge Long in his 1916 attempt to discredit Republican Charles Evans Hughes’ candidacy for the Presidency.

The fact that the policy represented a clear change from earlier understanding and policy, however, is not favorable to the two-citizen-parent claim. And the policy itself was doomed to disappear, struck down by the US Supreme Court in such decisions as US v Wong Kim Ark (1898) and Perkins v Elg (1939).