At Least One Court Has Very Specifically Ruled that Minor v Happersett Says No Such Thing as What Birthers Claim. 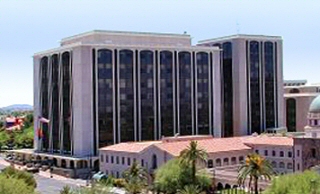 This is Part 5 of a series of articles. In the previous four parts, we ripped the birther claim regarding Minor v Happersett into little tiny pieces, looking at it from the points of view of its merits of legal precedent, the merits of the claim that the Court established a definition, the plain English of the claim, and the logic behind that plain English. For Part One, see here.

In March 2012, the Arizona Superior Court, Pima County very specifically ruled that Minor v Happersett quite simply does not say what the birthers claim it says.

Here’s what that court said:

That was a flat-out slapdown.

But it gets worse.

At the same time, no court has ever ruled that two citizen parents are required.

Finally, This Brings Us to the 900-Pound Gorilla that Grinds Whatever Is Left of the Claim into a Fine Powder.

In that case, the United States Supreme Court found that a young man, born in San Francisco of two non-US-citizen Chinese parents, was both “a citizen” and “natural born.” And the Court’s statement that he was “natural born” were part of the core reasoning of the case, which ran to more than 50 pages.

This being the case, it is US v Wong Kim Ark — not Minor v Happersett — that has established binding precedent regarding who is a natural born citizen.

This brings us to the final point of this series: Even if Minor v Happersett had established such a precedent (which it didn’t) it would’ve been overruled by the later Wong Kim Ark case, which is the definitive ruling on the matter.

I have a separate post that makes plain that United States v Wong Kim Ark is the Supreme Court case that decided the matter.

14 Responses to At Least One Court Has Very Specifically Ruled that Minor v Happersett Says No Such Thing as What Birthers Claim.